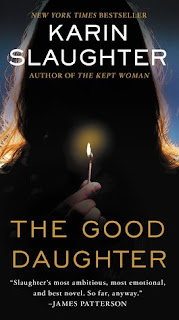 Synopsis:.Two girls are forced into the woods at gunpoint. One runs for her life. One is left behind.

Twenty-eight years ago, Charlotte and Samantha Quinn's happy small-town family life was torn apart by a terrifying attack on their family home. It left their mother dead. It left their father—Pikeville's notorious defense attorney—devastated. And it left the family fractured beyond repair, consumed by secrets from that terrible night.Twenty-eight years later, Charlotte has followed in her father's footsteps to become a lawyer herself—the ideal good daughter. But when violence comes to Pikeville again, and a shocking tragedy leaves the whole town traumatized, Charlotte is plunged into a nightmare. Not only is she the first witness on the scene, but it's a case that unleashes the terrible memories she's spent so long trying to suppress--because the shocking truth about the crime that destroyed her family nearly thirty years ago won't stay buried forever. Packed with twists and turns, brimming with emotion and heart, The Good Daughter is fiction at its most thrilling. 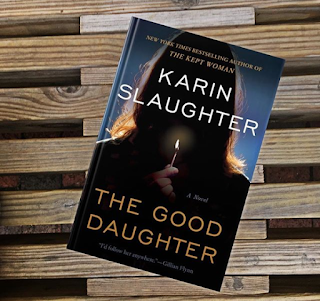 The book starts off 28 years ago when we find out what happened to Sam the terrible night two brothers came to settle their debt to Rusty but he wasn't home yet. Gamma, Rusty's wife, tries to save her daughters by distracting the men so they could run but she gets shot instead.

Now Charlie is a successful lawyer that is separated from her husband. Lonely, Charlie has a one-night-stand with Huck, a school teacher. Accidentally grabbing the wrong phone after her walk of shame Charlie goes to get hers back and is a witness to a school shooting leaving two killed. Hearing the gun go off and seeing the dead victims causes Charlie to relive what happened 28 years ago and we are told the same story from her perspective.


I needed a new audiobook for my commute to work and noticed this on Hoopla, I think I've had it starred since last year. The author is new to me and now I'm wondering why I haven't picked up one of her books before. This was an emotional book for me. I was completely sucked in from the gruesome beginning. Although I guessed some of the plot twist there definitely was one I didn't see coming at the end.

The original crime was so gruesomely well written I felt the terror of the invasion myself as well as the devastation of the aftermath.

Would you encourage others to read this book? Why or why not?
Rating: 5 /*****
based off Goodreads' ratings: 5 stars – it was amazing, highly recommend

I am a participant in the Amazon Services LLC Associates Program, an affiliate advertising program designed to provide a means for sites to earn advertising fees by advertising and linking to Amazon.com.
**No monetary compensation was received for this review. Posts may contain affiliate or referral links. Thank you for your support!**
Posted by Angela Walker's Reviews at 4:17 PM