Welcome to the blog tour and giveaway for The Seven Trilogy, romantic suspense novels by Sara Davison, hosted by JustRead tours! 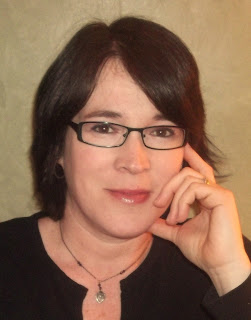 Sara Davison is the author of the romantic suspense novels The Watcher and The Seven Trilogy. She has been a finalist for eight national writing awards, including the Word Award for Best New Canadian Christian author, a Carol, and two Daphne du Maurier Awards, and is a Word and Cascade Award winner. Sara has a degree in English Literature and currently resides in Ontario, Canada with her husband Michael and their three children, all of whom she (literally) looks up to.

When the Last Page is Turned;

The Characters of The Seven Trilogy

One of the many challenges about writing an entire series—well over a thousand pages—involving the same main characters is that, as the author, you grow deeply attached to those characters, making it very difficult to let them go when the series ends. Not to minimize real-life loss, the letting go of the people and worlds a writer has created requires something close to a grieving process. Of course, some characters are easier to let go of than others, but even the evil ones have a way of worming their way into the hearts of authors (this one, anyway) and refusing to completely let go.

Like Elizabeth Taylor, I suspect a part of me falls a little in love with pretty much all of my leading men, and I believe this is particularly true of the hero of The Seven Trilogy, Jesse Christensen. In the beginning, Jesse is not a believer, having turned his back on his Christian upbringing. As a captain in the Army sent in to enforce martial law and to keep an eye on the Christians, he is diametrically opposed to everything believers stand for. All that changes when he meets believer Meryn O’Reilly. Her fiery spirit, sense of humor, and temper challenge everything he has believed to be true about Christians. Jesse wrestles, not only with his own weaknesses, and with the challenges facing him and Meryn and their fledgling relationship, but with the growing realization that he can no longer dismiss the possibility that God is real. And that everything that is happening in the world around them is unfolding according to a divine plan.

Another character I grew especially fond of throughout the writing of the trilogy is the heroine, Meryn O’Reilly. As an introvert and a people pleaser, I admire Meryn’s spirit and her ability to stand up for herself, even against the most evil of adversaries. In the face of severe opposition and threats, she defies the law of man in order to carry out activities she believes God is calling her to. While her quick temper often gets her in trouble, Meryn also cares deeply for people and shows great loyalty and courage throughout all three books. I often suspect I write characters I desire to be more like in real life, and I suspect this is especially true of Meryn O’Reilly.

The two antagonists in the story, Lieutenant Gallagher and Annaliese Pettersson, are thoroughly reprehensible characters, but their back stories provide just enough of a glimpse into past hurts to create at least a slight softening, if not outright sympathy, in my heart (and hopefully the hearts of readers). One of the greatest challenges for a writer is to create a deeply evil character whose actions can at least be understood, if not justified, by what they themselves have been through in life. While both characters make me shudder, I will miss even having the two of them for daily companions as I did when I was writing this series.

So many of the secondary characters also captured my heart and still remain in my thoughts. Maybe some of them will even get their own stories one day—only time will tell. Regardless, the process of breathing life into characters, a reflection, however slight, of the creation of humanity itself, is a tremendous challenge and joy well worth the sorrow experienced when the last word is written and it is time to let them go.

*THANK YOU Sara for this insight! As a reader, I understand growing attached to characters also.


The Seven Trilogy
ABOUT THE BOOKS

Bookstore owner Meryn O’Reilly and Army Captain Jesse Christensen are on opposite sides of a battle. When martial law is declared, Jesse and his platoon are sent to Meryn’s city to keep an eye on the Christians and make sure they are not stepping outside of the confines of the law.

Fiery and quick-tempered, Meryn chafes under the curfew and other restrictions to her freedom. Jesse is equally amused, intrigued, and terrified by her spirit, knowing she could find herself in prison if she shows defiance to the wrong soldier.

His worst fears are realized when she commits a crime he cannot protect her from. Now they both face an uncertain future, and the very real threat of losing everything, including their lives. With time running out, Jesse works feverishly to convince the authorities to show leniency to Meryn. And to convince her that love can overcome any barrier that lies between them.

Their Secrets Protect Them … But Secrets are Hard to Keep

No one in the army can find out that Captain Jesse Christensen has become a believer. He and bookstore owner Meryn O’Reilly are forced to meet in secret, facing imprisonment or worse if they are found together. Their relationship deepens, but so does Lieutenant Gallagher’s hatred for the Christians in their city. As Gallagher’s power grows, it becomes clear that his connections go much further up the chain of command than anyone realized, putting all believers, especially Jesse, in extreme danger.

Meryn wants to give her heart to Jesse fully, but her past holds her back. Although circumstances conspire to keep her silent, she needs to tell him her secret. When he finds out what she has been keeping from him, nothing will stand between them anymore.

Or nothing will ever be the same.


* I did not receive a copy of this book

In the Midst of all the Fear and Confusion, Only One Thing is Clear … This Isn’t Over Yet

Jesse Christensen is out of the army, but the real battle has just begun. Major Gallagher has taken over the city and his oppression of believers has intensified. But is Gallagher acting in a professional capacity, or is he carrying out a personal vendetta?

Meryn O’Reilly faces a dark and uncertain future after shocking revelations devastate her life. She is determined to follow God’s call, but her plans could cost her everything. She and Jesse struggle to surrender fully to a God who is always in control, even when circumstances suggest otherwise.

With the world descending into chaos around them, Meryn and Jesse face the greatest barrier to their love yet—a barrier that may prove too strong to breach. 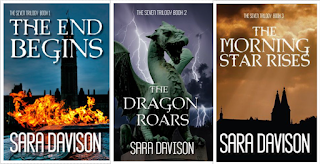 (1) winner will receive:
Enter via the Rafflecopter giveaway below. Giveaway will begin at midnight January 7, 2019 and lasts through 11:59pm January 21, 2018. Void where prohibited by law. Winners will be notified within a week of close of the giveaway and given 48 hours to respond or a new winner will be chosen.

I am a participant in the Amazon Services LLC Associates Program, an affiliate advertising program designed to provide a means for sites to earn advertising fees by advertising and linking to Amazon.com.
Disclosure: This book was provided to me at no cost. Whether positive or negative, my blog review is my own and may differ from others opinions. This review is simply a compilation of my thoughts and opinions of this book.  If you have any questions, just post them and I'll be happy to answer as best as I can. This disclosure is in accordance with the Federal Trade Commission 16 CFR, Part 255: “Guides Concerning the Use of Endorsements and Testimonials in Advertising.”
**No monetary compensation was received for this review. Posts may contain affiliate or referral links. Thank you for your support!**
Posted by Angela Walker's Reviews at 4:00 AM