A Hollywood bad boy. A pastor's daughter.
What could possibly go wrong?

Movie star Ben Prescott arrives back in Hollywood after causing a scandal with his ex-girlfriend in Rome.

Chased through the airport by paparazzi, he jumps into a limo hoping for a quick getaway. Instead he finds Lily Shaw, a pastor's daughter and preschool teacher. When the paparazzi capture a photo of the two of them together, Ben's agent demands that he do whatever it takes to keep the story from hitting the gossip pages . . . even volunteer to work at Lily's church.

Sparks fly as the movie star and the pastor's daughter work side by side. When Lily accompanies Ben to the premiere of his latest movie, Hollywood takes notice. Under intense media scrutiny and pressure from the movie industry, Ben must risk his career to follow his heart, but Lily wants the one thing he doesn't have, faith.

Mission Hollywood is an inspirational story about love, faith, and second chances. 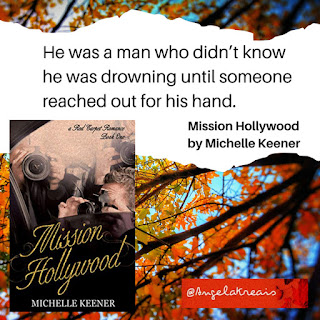