A woman with a devastating secret. A man bent on proving his worth. A chance encounter that catapults them into the heart of history.

When the daughter of a prominent Roman general meets a disinherited Jewish immigrant, neither one can dream of God’s plan to transform them into the most influential couple of the early church. Nor can they anticipate the mountains that will threaten to bury them. With their courtship unwittingly shadowed by murder and betrayal, Priscilla and Aquila slowly work to build a community of believers, while their lives grow increasingly complicated thanks to a shaggy dog, a mysterious runaway, and a ruthless foe desperate for love. But when they’re banished from their home by a capricious emperor, they must join forces with an unusual rabbi named Paul and fight to turn treachery into redemption. 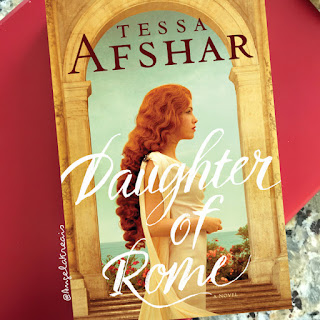 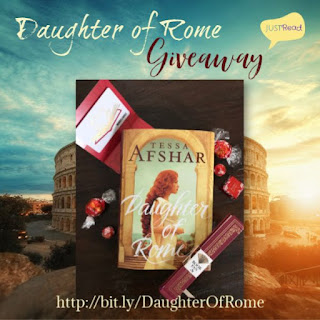 (1) winner will receive a $30 B&N gift card, plus a signed, hardcover copy of Daughter of Rome, a book fan, and chocolates.  (US only)

I am a participant in the Amazon Services LLC Associates Program, an affiliate advertising program designed to provide a means for sites to earn advertising fees by advertising and linking to Amazon.com. As an Amazon Associate I can earn from qualifying purchases if you use my affiliate link.
**No monetary compensation was received for this review. Posts may contain affiliate or referral links. Thank you for your support!**
Posted by Angela Walker's Reviews at 12:00 AM No comments: Links to this post

Email ThisBlogThis!Share to TwitterShare to FacebookShare to Pinterest
Labels: Daughter of Rome

A Plan for Everything EXCERPT & GIVEAWAY

Welcome to the Blog Tour & Giveaway for A Plan for Everything by Beverly Varnado, hosted by JustRead Publicity Tours!

Connie’s Coffee and Cones is thriving, and owner Connie Spencer is right on track to realize her dream of expanding into a catering business. She believes she owes her success to her remarkable ability to plan. In fact, she has a plan for everything. At least, she thought she did—until Michael Cole appears in Worthville.

Michael has an agenda of his own—and a competing business—that threatens to derail everything Connie hopes for professionally. And if that isn’t enough, Michael carries a secret that could cause a backlash for both of them. So, why does she find herself attracted to him? When an accident on a rain-slicked highway leaves Michael temporarily incapacitated, Connie is presented with a dilemma she never saw coming—helping the man she’s falling for, or moving ahead with her meticulous plans.

As life spirals out of her control and Connie faces losing everything, she questions whether her plans are enough. But if hers aren’t, whose are? As she searches for the answer, she learns she must come to terms with her deepest hurt in order to embrace a higher plan for her future.

Award-winning Southern writer, Beverly Varnado, is a novelist, screenwriter, and blogger who writes to give readers hope in the redemptive purposes of God.

She has written a nonfiction memoir as well as several novels and screenplays, one of which was a finalist for the prestigious Kairos Prize in Screenwriting. Her work is also included in several anthologies and periodicals. As an artist, her work was recently chosen for exhibit at a State University gallery.

She lives in Georgia with her husband, Jerry, and their chocolate Aussiedor who is outnumbered by several cats. Beverly is Mom to three children and Mimi to two grandchildren.

Read her weekly blog One Ringing Bell, peals of words on faith, living, writing, and art at oneringingbell.blogspot.com.

A Plan for Everything, Varnado

Connie continued to stew on the Michael Cole situation through afternoon coffee breaks and after school ice cream treats. A little after seven, as she attempted to close the store, she fumbled with her keys, her arms loaded with tote bags of laundry to be washed.

Before she knew it, Michael raced across the street and stood by her side. “Here let me carry those for you,” he said, extending his hands.

Oh, no. Not him. She held on for a moment, wondering whether she would trust him to hold her bags of dirty aprons and dish towels. She shook her head, but in a moment said, “Oh, all right, here.” She shoved the bags into his arms but held onto her planner, and then she put a key in the front door lock and turned it.

“Most businesses lock from the back into the alley,” Michael said.

“I walk to work. It’s easier for me to come and go through the front door. What about you?” Connie pointed to his front door.

“My back door has to be replaced. It was in such bad shape, someone nailed it shut. It’s a special order for these old buildings. Supposed to be here next week. Found it at one of those reclaimed wood places.”

Connie tried to take the aprons back from Michael, but he resisted.

“Why don’t I carry these for you?” he asked.

“But I’m walking all the way home,” she said.

“I don’t have anything else to do,” he offered.

“Suit yourself,” Connie said as they passed Gray’s Groceries.

“Hey, about what I said this morning…”

Connie shook her head. “Forget it.” And then she smiled. “Although, Sofia was concerned I might put laxative in your latte.”

They both laughed, and the mood lightened.

“What are you doing this evening?” he asked, switching the bags of aprons from one arm to the other.

“I can hardly contain my excitement. I’m eating leftover spaghetti and fine tuning my event calendar.” Private events helped give her a little extra cash flow but sure took time.

Mr. Gray exited his store, scratched words on the sandwich board outside his entrance, and pivoted to go back in his store.

“Eat dinner with me,” Michael said as they moved along the sidewalk. Mr. Jerome’s cat shot out beside Michael and screeched to a halt, cutting Michael off. He sidestepped to avoid running into it, and in the process, nudged Connie. He grabbed her arm as if he were afraid she might fall. Their faces only inches apart, she steadied herself in more than one way. She shook her head and waved. “I’m fine. No problem.”

“Good,” he said as the cat backtracked down the sidewalk. “Back to what I was saying. I’m new in town and don’t know anyone, and even though you’re my arch enemy…” He laughed in a hearty way. “You know the old saying about keeping your enemies close.” 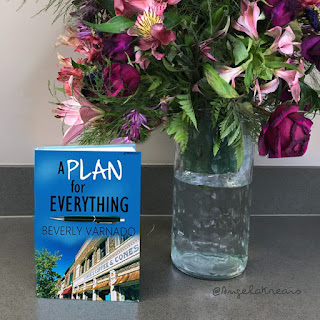 (1) winner will receive an A Plan for Everything inspired giveaway including a Jeremiah 29:11 planner, coffee mug, Starbucks coffee, and a $15 Amazon card!

Be sure to check out each stop on the tour for more chances to win. Full tour schedule shown below. Giveaway will begin at midnight January 23, 2020 and last through 11:59 PM EST on January 30, 2020. US only. Winner will be notified within 2 weeks of close of the giveaway and given 48 hours to respond or risk forfeiture of prize. Void where prohibited by law or logistics.

Posted by Angela Walker's Reviews at 12:00 AM 12 comments: Links to this post

She’s home again, but not for long…Unless this cowboy recaptures her heart

Returning home with a baby in tow, Paige Cordell’s determined her stay is only temporary. But to earn enough money to leave, she needs a job—and her only option is working at her first love’s dinner theater. With attraction once again unfurling between her and Jed Gilbertson, can the man who once broke her heart convince her to stay for good? 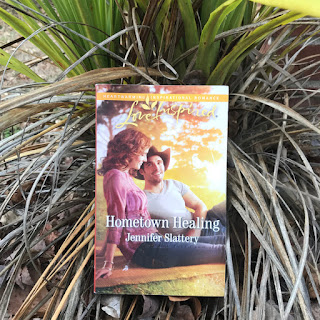 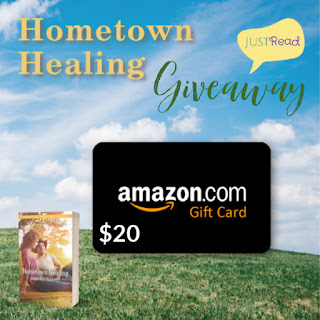 (1) winner will receive a $20 Amazon gift card! (Open internationally. Void where prohibited by law or logistics. Instagram is not affiliated with nor responsible for this giveaway. Giveaway ends at 11:59 PM EST on 1/29/2020.  Account must be public for us to verify follows.)

Posted by Angela Walker's Reviews at 12:00 AM No comments: Links to this post